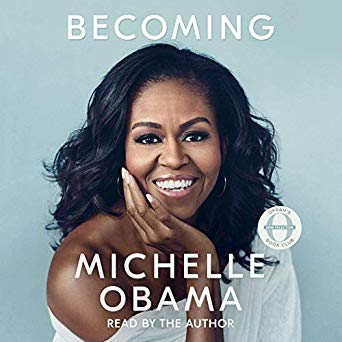 Number One New York Times Best Seller Oprah’s Book Club Pick NAACP Image Award Winner An intense, strong and inspirational portrait by the former United States First Lady In a career full of significance and achievement, Michelle Obama has appeared as one of the most famous and influential females of our age. As the first lady of the United States of America — the first African American to serve in that role— she helped to create the most welcoming and inclusive White House in history, while at the same time establishing herself as a powerful advocate for women and girls in the United States and around the world, dramatically changing the ways families live healthier and more active lives and standing with her husband as he does. She gave us some dance movements along the manner, broken Carpool Karaoke, and lifted two down-to-earth children under a glare of unforgiving press.

In her memoirs, a job of profound observation and fascinating writing, Michelle Obama encourages readers into her universe to chronicle the events that molded her— from her infancy on Chicago’s South Side to her years as an officer managing the requirements of motherhood and working to her moment invested at the world’s most popular conference. She depicts her triumphs and disappointments, both public and personal, with unerring honesty and vibrant wit, saying her complete tale as she experienced it – in her own words and on her own terms. Warm, smart, and revelatory, Becoming is the profoundly personal account of a lady of soul and material who has constantly challenged standards-and whose tale inspires us to do the same.