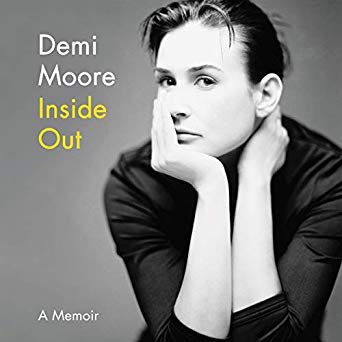 Demi Moore was associated with fame for decades. Moore was never far from the spotlight-or the media-from iconic film roles to high-profile relationships.

Nevertheless, even as Demi became Hollywood’s highest paid star, she still outstripped her background, one step ahead of the doubts and insecurities that characterized her childhood. During her rise to fame and during some of her life’s most critical moments, Demi struggled with addiction, body image issues, and childhood trauma that would haunt her for years–all while navigating a skyrocketing career and sometimes negative public attention. When her reputation rose, Demi found herself questioning as to whether she belonged in Hollywood, whether she was a good mother, a good actress, and always whether she was just good enough.

It’s about incredible strength as much as her story is about hardship. In this deeply honest and insightful autobiography, Demi draws back the curtain and opens up about her career and personal life–exposing her turbulent relationship with her mother, her marriages, her struggles to reconcile her stardom with raising a family, and her path towards openness. Inside Out is a story of survival, achievement, and surrender-a closely realistic depiction of the normal and iconic life of one person at the same time.