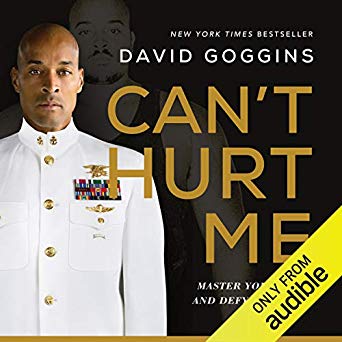 Childhood was a nightmare for David Goggins-poverty, prejudice, and physical abuse marked his days and plagued his evenings. But through self-discipline, intellectual toughness, and hard work, Goggins turned himself into an icon of the U.S. Armed Forces and one of the world’s best fitness swimmers from a poor, overweight youthful person with no prospects. He walked on to record countless endurance events as the only person in history to finish olympic learning as a Navy SEAL, Army Ranger, and Air Force Tactical Air Controller, prompting Outside magazine to call him The Fittest (Real) Man in America.

He shares his amazing life story in Can’t Hurt Me and shows that most of us only plug into 40% of our abilities. Goggins calls this the 40% rule, and his tale illuminates a route that can be followed by anyone to move previous suffering, demolish dread, and achieve their complete capacity.

An annotated edition of Can’t Hurt Me, providing more than two hours of additional material with greater ideas and tales communicated by David never before. Not in other sizes accessible.