The Baddest Bitch in the Room Audiobook 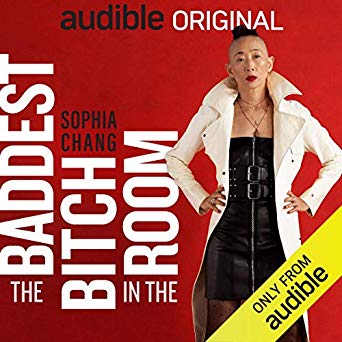 Sophia Chang is a music industry badass. She grew up shunning the “model minority” myth as the child of Korean immigrants in predominantly white suburban Vancouver. She moved to New York City armed with a strong sense of independence and entered the hip-hop community, but stayed mostly in the shadows of the artists she helped. Sophia Chang is finally ready to grab the mic for herself with her debut memoirs. Her inspiring story covers her music business experiences, her road to becoming an entrepreneur, as well as her open marriage, motherhood, marginalization, and martial arts accounts.

She has been working behind the scenes for decades to help extraordinarily talented people tell their stories, including rock and R&B stars such as RZA, GZA, and ODB from the Wu-Tang Clan, as well as A Tribe Called Quest, Raphael Saadiq, and D’Angelo. As an A&R manager in her mid-20s, when she encountered a fearsome band of nine MCs known as the Wu-Tang Clan, her life underwent a seismic shift. That marriage would send her on a transformative odyssey, leading her to an enigmatic Shaolin monk who would become her husband, a lifelong practice of kung fu, two boys, and a reckoning with what kind of mother, lover, and woman she would ultimately be.

Sophia Chang drops awareness of her inspiring journey in this Audible Original by Hello Sunshine, which brought her from record label boardrooms to the Wudang mountains as she developed a life-shaking stereotype towards Asian women. She claims to have been “born by Wu-Tang” to this day, and she brings da ruckus in the room as the baddest bitch. Ultimately, her autobiography reveals exactly what that means to the world.