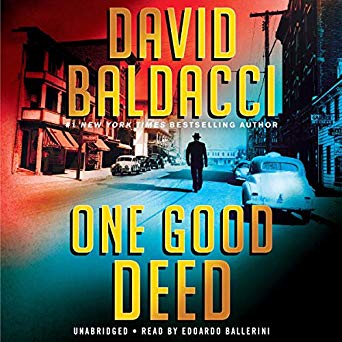 The best-selling author David Baldacci, number one in the New York Times, introduces an unforgettable new character: Archer, a straight-talking former soldier from the Second World War fresh out of prison for a crime he has not committed.

It’s about 1949. When war veteran Aloysius Archer is released from Carderock Prison, he is sent to Poca City on parole with a short list of do’s and a much longer list of don’ts: report to his parole officer on a regular basis, don’t go to bars, certainly don’t drink alcohol, get a job-and don’t ever connect with loose females.

The tiny town rapidly turns out to be more complex and harmful than the years Archer served in the conflict or his moment in prison. His quest for a profitable task within a single evening-and a heavy beverage-brings him to a local bar where he is recruited for what seems to be a easy task: collecting a debt due to a strong local businessman, Hank Pittleman.

Soon Archer discovers it won’t be so simple to recover the debt. The indebted person has a strong grudge against Hank and wants to settle; the smart mistress of Hank has her own plans on Archer; and the stern parole officer of both Hank and Archer, Miss Crabtree, keeps a close eye on him.

When a murder takes place right under Archer’s nose, police suspicions are raised against the ex-convict, and Archer realizes that the crime could send him back to jail… if he doesn’t use all the skills in his arsenal to monitor the true murderer.