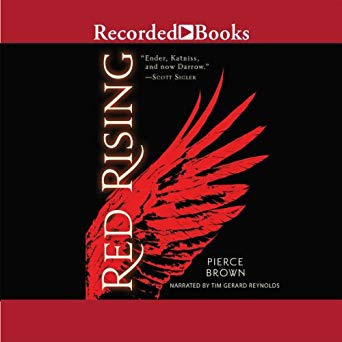 Darrow is a Red, the lowest caste part of the prospective color-coded culture. He operates all day, like his fellow Reds, thinking he and his individuals are creating Mars ‘ ground livable for future generations. Yet he voluntarily lives his lives realizing that one day his blood and sweat will lead his kids to a better world. But Darrow was cheated with his kind. He soon finds that, millennia earlier, humanity entered the bottom. Vast towns and parks distributed throughout the planet.

Darrow-and Reds like him-are just slaves of a decadent ruling class. Inspired by an aspiration for freedom and motivated by the remembrance of missed affection, Darrow risks everything to enter the iconic Institute, a proving ground for the dominant Gold caste, where the next century of overlords of humanity are fighting for supremacy. He will be forced to compete against the best and brutal ruling class of the Society for his life and the very future of civilization. There, he’ll halt at nothing to take his enemies down… even if that implies he’ll have to become one of them to do that.