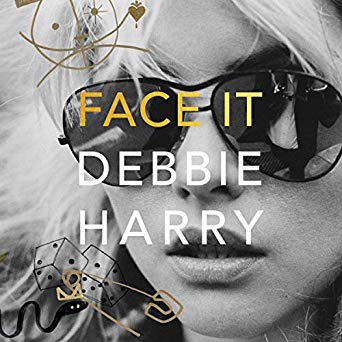 The much awaited autobiography of Blondie’s rock icon and lead singer Debbie Harry Brave, stunning and raised as a punk artist, actress, activist, and New York City’s iconic cool face, Debbie Harry is Blondie’s front girl, a band that pioneered a new sound that put together the worlds of rock, punk, disco, reggae, and hip-hop to produce some of a’s most famous pop songs She has collaborated with some of the boldest musicians of the past four decades as a muse. Debbie Harry’s range of influence on our society has only balanced her reticence to expose her rich inner life-so far.

Face It upends the standard music memoir while offering a genuinely prismatic portrait in an unforgettable blend of vivid, soulful narrative and exquisite visuals that includes unparalleled images, unique illustrations, and fan art installations. Face It re-creates the downtownscene in New York City, where Blondie played alongside the Ramones, Mtv, Talking Heads, Iggy Pop, and David Bowie, with all the grit, grime, and glory recounted in intimate detail.

Following her journey from spectacular commercial success to heroin addiction, husband Chris Stein’s near death, a heart-wrenching bankruptcy, and Blondie’s split as a group into her multi-faceted acting career in more than 30 movies, a remarkable solo career and her band’s triumphant return, and her tireless support for the environment and LGBTQ rights, Face It’s a woman’s cinematic tale.

“I used to say things in songs that female singers didn’t really say back then. I wasn’t submissive and asking him to come back, I kicked his ass, kicked him out, kicked my own ass too. My Blondie persona was an inflatable doll but with a dark, lewd, aggressive side. I played it up but I was very serious.”