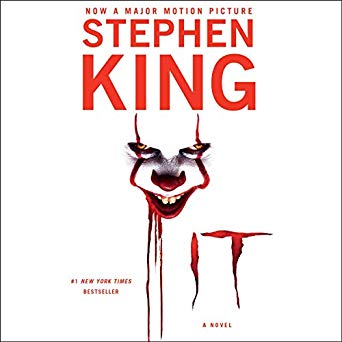 Stephen King’s scary, standard top one best seller in the New York Times, “a breakthrough in American literature” (Chicago Sun-Times)-about seven teenagers returning to their birthplace to face a nightmare they had first come upon as teenagers… a sin without a title: it.

Welcome to Maine’s Derry. It’s a tiny town, as recognizable as your own home town. The curse is genuine in Derry alone.

When they first stepped on the horror, they were seven teens. Now they are grown-up men and women who have gone out to win success and happiness in the big world. But the commitment they created 28 years earlier calls them to reunite in the same location where they, as adolescents, were fighting against an invisible entity that was preying on the kids of the city. Now, kids are being assassinated again, and their repressed memories of that terrifying winter come back as they try to fight the monster in Derry’s sewers again.

Stephen King’s readers understand that Derry, Maine, is the author’s location with a profound, grim grip. In many of his comics, including Bag of Bones, Atlantis Hearts, and 11/22/63, it reappears. But with it all begins.