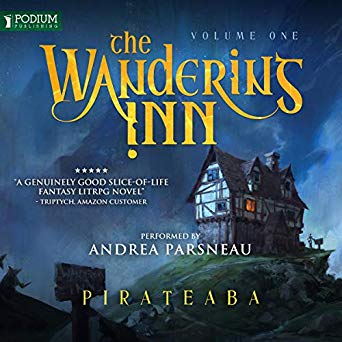 “No killing goblins,” reads the sign outside the Wandering Inn, a small building owned by Erin Solstice, a young woman. Upon demand, she serves sausage spaghetti, blue fruit juice, and dead acid flies. And she’s coming from a different country. Ours.

It’s a bad day when Erin finds herself being transported to a fantastic world and is eaten almost by a dragon. He does not belong to a place where monster attacks are a fact of life, and where people are one of several animals. Nevertheless, she has to adapt to her new life. Or you’re dead.

Erin Solstice has to battle very evil goblins, poisonous rock crabs, and hungry[ necromancers] in a dangerous world where magic is real and people can level up and gain levels. She’s no fighter, she’s no thief. An inn is owned by Erin Solstice.