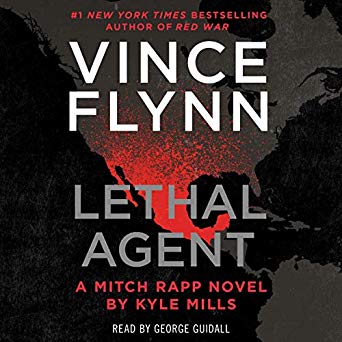 In this latest thriller from the number one New York Times best-selling Mitch Rapp show, an unprecedented and frightening bioterrorism conspiracy threatens to kill millions in the middle of a contentious presidential election.

In a Country that is already deeply affected by internal divisions, a volatile presidential election is underway. As politicians are fully focused on keeping their own power and privilege, ISIS is kidnapping a talented French microbiologist and pressuring him to start producing anthrax. Slickly produced videos were posted on the internet, chronicling his success and predicting an imminent attack, intensifying the panic that consumes the US.

ISIS is recruiting a Mexican drug cartel to smuggle the bioweapon across the border, but it’s just a fun. The terrorist organization needs to be distracted long enough by Mitch Rapp and Irene Kennedy to arm a deadly virus they stumbled upon in Yemen. We could cause a pandemic if we succeed, which could rewrite the world order.

Rapp embarks on a mission to penetrate the Mexican cartels and monitor the leader of ISIS who, during their last fight, failed to kill. But with Washington’s deeply lined political elite against him, he knows he’ll be alone.