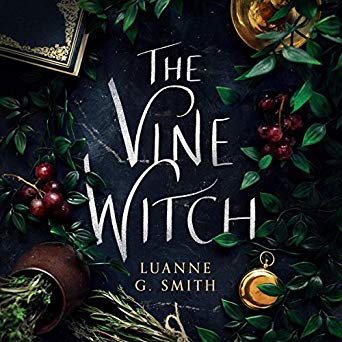 A teenage witch emerges from a spell to find her life upended in this intriguing tale of rebellion, revenge, and self-discovery set in France in the turn of the century.

For decades, Château Renard’s vineyards have relied on their vine witches ‘ abilities, whose spells help create the Chanceaux Valley’s world-renowned wine. Then the capacity to divine harvests fall to waste when a spell blinds the sorcière Elena Boureanu. Now, Elena is trying to return to her former life after breaking the spell that bound her to the shallows of a marshland and drained her magic. And the vineyard that she was supposed to inherit is now in a beautiful stranger’s possession.

Naively, Vigneron Jean-Paul Martel supports science over superstition, and he definitely does not share the faith in witches of the local people. But when Elena sees one, she learns a trap, so they destroy the vineyard. She will have to mask her true identity to hold on and help the vines recover, along with her revenge plans against anyone who took seven winters of her life. And she will not rest until she can overcome the evil powers in the rolling hills of the Chanceaux Valley that are still a threat to herself, Jean-Paul, and the ancient vine-witch heritage.