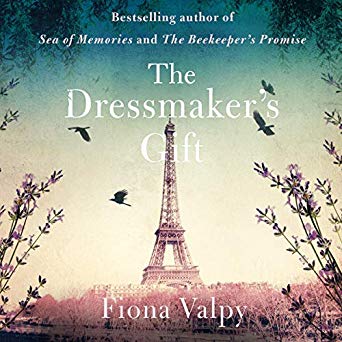 France, in the year 1941. With the town being invaded by the Nazis, three female seamstresses are working for a couturier on Boulevard Saint-Germain in their normal lives as best they can. But all three are mysteries that are hidden. War-scarred Mireille is fighting against the Resistance; a German officer has seduced Claire; and Vivienne is up to something she can’t reveal to either of them.

The English granddaughter of Claire Leah arrives in Paris two generations later, rootless and wandering, desperate to find a bond with her family. Living and working in the same building on Saint-Germain Boulevard, she discovers the truth about her parents-and herself-and unravels a deeper and more complicated family history than she ever expected.

In wartime, as their clandestine actions put them in serious danger, the three seamstresses face difficult choices. Could they survive the darkest age of history without being ripped apart by loyalty, threatened by betrayal?