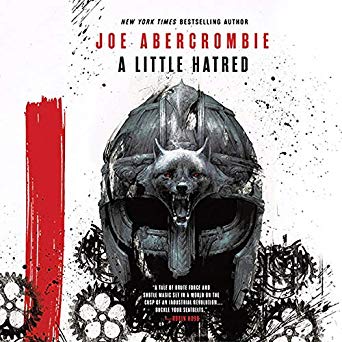 The first book in a recent crossover fantasy trilogy comes from New York Times best-selling writer Joe Abercrombie, where the age of the robot dawns, but the age of magic refuses to die.

Industry chimneys are rising above Adua, and new opportunities are seething the world. But as always, old scores run deep.

Across Angland’s blood-soaked borders, Leo dan Brock is fighting to win glory on the battlefield and conquer Stour Nightfall’s marauding armies. He hopes the crown will help. But the son of King Jezal, the feckless Prince Orso, is a disappointment-specialized person.

Savine dan Glokta–the socialite, businessman, and sister of the Union’s most hated man–aims to clutch her way to the top of society’s slag-heap by whatever means it takes. But the slums are boiling over with a rage that can’t control all the money in the world.

The machine’s age is dawning, but the wonder age refuses to die. Rikke tries to command the Long Eye’s blessing, or curse, with the aid of the insane hillwoman Isern-i-Phail. Looking ahead is one thing, but with the First of the Magi’s guiding hand still pulling the strings, it’s going to be quite another shift…