The Turn of the Key Audiobook 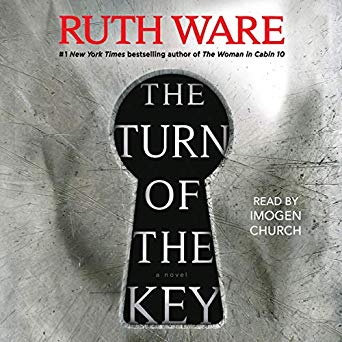 The extremely expected third novel by Ruth Ware emerges from the top one New York Times best-selling author of In a Dark, Dark Wood, The Woman in Cabin 10, The Lying Game, and Mrs. Westaway’s Death.

She is totally searching for something else when she stumbles across the ad. But it seems too great a chance to lose-a live-in nanny article with a stunningly modest wage. And when Rowan Caine comes at Heatherbrae House, she is smitten-by the lavish “intelligent” house equipped with all modern conveniences, by the lovely Scottish Highlands, and by this perfect set of pictures.

What she doesn’t realize is that she walks into a nightmare-one that ends with a dead child and herself in jail pending murder prosecution.

She is struggling to clarify the unraveling occurrences that resulted to her incarceration when she writes to her lawyer from prison. It wasn’t just the continuous monitoring of the sensors placed around the building, or the dysfunctional technology that opened up the family with booming songs, or switched off the lamps at the worst feasible moment. It wasn’t just the boys who came out to be a far cry from her meeting with the immaculately treated model kids she encountered. It wasn’t even the way she was left alone for weeks at a time, except for the enigmatic handyman, Jack Grant, without adults around.

She understands that she has created errors. She admits she was lying to get the post and that her behavior towards the kids wasn’t always optimal. She is by no means harmless. But, she argues, she is not accused-at least not of assassination. Which means someone else is. The Turn of the Key is a pause-resistant thriller from the Agatha Christie of our time, full of spell-binding threat and told in the signature suspenseful style of Ruth Ware.