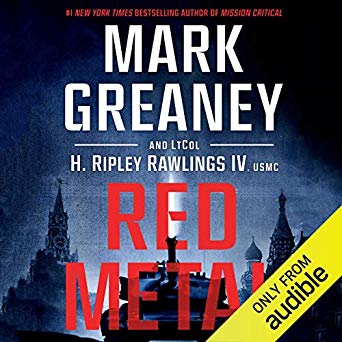 by Jordan B. Peterson

A highly plausible novel of World War III comes from the best-selling author of the Gray Man series of the New York Times.

A desperate Kremlin takes advantage of an Asian military crisis to simultaneously hit Western Europe and conquer East Africa in an effort to seize three rare Earth mines that will give Russia unparalleled influence over the hi-tech sector of the world for generations to come.

Pitted against the Russians are a Marine lieutenant colonel pulled out of a cushy Pentagon position, a French Special Forces officer and his intelligence operative uncle, a young Polish guerrilla soldier, anA-10 Warthog pilot, and an American tank platoon commander battling behind enemy lines along with his German counterpart.

Across great land, sea, and air fights against a small unit fighting hand-to-hand in the jungle, Russia and the US are facing off in a frightening yet exciting struggle for world dominance–with the constant threat of ever-present Russian nuclear detonation.