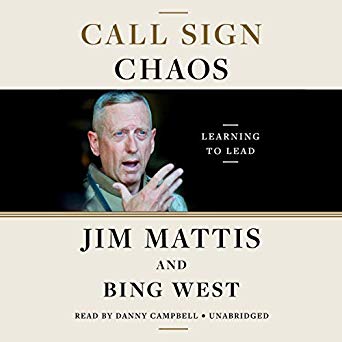 Call Sign Chaos is the account of the storied career of Jim Mattis, ranging from wide-ranging leadership roles in three wars to commanding a quarter of a million troops throughout the Middle East. Along the manner, Mattis describes his basic interactions as a ruler, drawing on the insights he has discovered about the essence of warfare and peace-making, the significance of alliances, and the economic dilemmas-and short-sighted planning-that our country is now confronting. He finds it apparent why America must switch to a diplomatic footing in order not to proceed to win battles but to fight inconclusive conflicts.

Mattis splits his novel into three sections: direct management, executive management, and strategic leadership. In the first portion, when he met his soldiers as well as his own siblings, Mattis recalls his earliest memories guiding Marines into fight. In the second portion, he discusses what it implies to control thousands of soldiers and how to adjust your leadership style to guarantee that your most senior soldiers understand your purpose so they can own their task. In the third part, Mattis describes strategic leadership challenges and techniques, where military leaders reconcile the grim realities of war with the human aspirations of political leaders, where complexity reigns, and the consequences of imprudence are severe, even catastrophic.

Call Sign Chaos is a memory of a lifetime of warfare and lifelong learning, as Mattis increases from Marine officer to four-star general. It is a path of teaching to guide and a tale of how he created a distinctive philosophy of management through continuous research and intervention, one that is applicable to all of us.