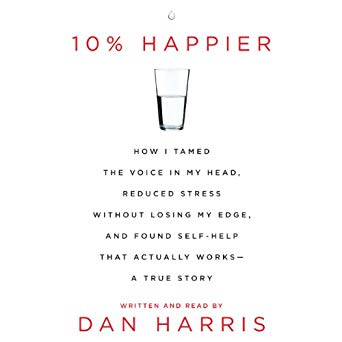 Nightline correspondent Dan Harris embarks on an unpredictable, funny, and profoundly skeptical journey through the strange worlds of spirituality and self-help, and finds a manner to become more happy that is truly possible.

Dan Harris realized that he had to create some adjustments after experiencing a nationwide broadcast panic attack on Good Morning America. A lifetime unbeliever, he discovered himself on a strange adventure that included a disgraced pastor, a strange self-help guru, and a brain scientist gaggle. Ultimately, Harris discovered that the very item he always believed was his biggest asset was the cause of his issues: the incessant, insatiable whisper in his ear that had both pushed him through the ranks of a hyper-competitive company and caused him to create the deeply dumb choices that resulted to his on-air freak-out.

We’ve all got a place in our brain. It’s what unnecessarily causes us to lose our attitude, compulsively check our email, eat when we’re not fed, and fix on past and prospective at the cost of the current. Most of us would assume that we’re stuck with this voice that we can’t do anything to rein but Harris slipped on an efficient manner to do that. It’s a whisper away from the miracle cures peddled by the swamis he encountered with self-help; instead, it’s something that he always thought to be either inevitable or pointless: exercise. Harris took a deep dive into the underreported globe of CEOs, researchers, and even marines who are now using it for enhanced calm, concentrate, and joy after hearing about studies that indicates meditation can do anything from lowering your blood pressure to fundamentally rewire your brain.

10% Happier brings viewers to the strange fringes of America’s religious landscape on a journey from the remote parts of biology to the internal sanctum of network media and provides them with a takeaway that could truly alter their life.