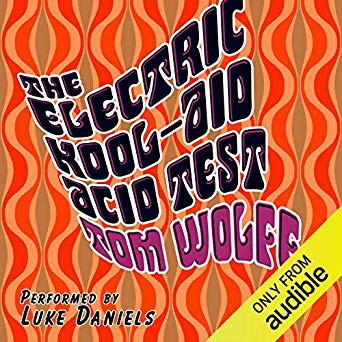 Tom Wolfe, one of the leading forces of cultural criticism in the 20th century, came from local news reporter to the global icon in 1968 with the release of The Electric Kool-Aid Acid Test. Now voiced vividly and vigorously by narrator Luke Daniels of the Audible Hall of Fame, the non-fiction swan-dive delves into the world of hippies, hedonism, and everything in between.

To most, the author of the celebrated novel One Flew Over the Cuckoo’s Nest is best known as Ken Kesey. But for Tom Wolfe, Ken was the chief of the Merry Pranksters, a group of bohemian counter-culture travelers in a far-off, beautifully colored college car that they named Furthur. The Pranksters were renowned for drug-fueled escapades, none more popular than the so-called “acid test,” in which a group complete of individuals would carry LSD in an attempt to avoid the banality of truth and communicate on a greater, unconscious level. As Wolfe meets the band down their nonconformist rabbit pit, he’s driven on a reckless journey through the backwaters of the 1960s, encountering the walking stars of the era along the manner-from The Grateful Dead to Allen Ginsberg.