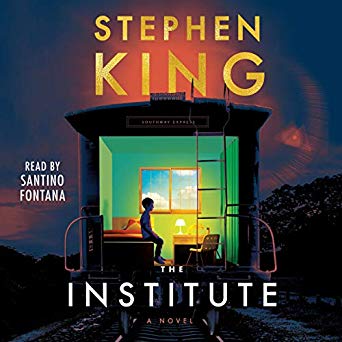 From the number one best-selling author of the New York Times, Stephen King comes the most riveting and unforgettable story of children facing evil since it-publishing as the second part of It, the movie, lands in theaters.

In the middle of the night, the intruders silently kill the parents of Luke Ellis in a house on a quiet street in suburban Minneapolis and load him into a black SUV. It requires less than two minutes for the procedure. At The Institute, Luke will end up in a space that feels like his own, except that there is no door. And there are other gates outside his gate, behind which are other children with unique skills-telekinesis and telepathy-who came to this location like Luke did: Kalisha, Nick, George, Iris, and Avery Dixon, ten years old. All of them are in Front Half. Others, Luke teaches, graduated from Back Half, “like the motel of the roach,” tells Kalisha. “You weigh in, but you don’t check out.” The director, Mrs. Sigsby, and her employees are ruthlessly devoted to extracting the strength of their extranormal donations from these kids. Here there’s no scruples. You get tokens for the selling devices if you go along. If you don’t, it’s cruel to punish. Luke becomes increasingly anxious to get out and get assistance as each fresh person moves to Back Half. But the Institute has never fled anyone.

As psychologically terrifying as Firestarter, and with it’s spectacular kid power, The Institute is Stephen King’s intolerably dramatic story of good vs. evil in a world where the good guys don’t always lose.