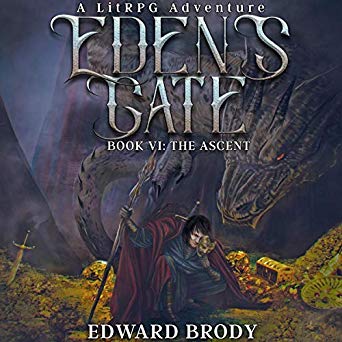 Gunnar begins his education under Darion and Eanos as a newly appointed member of the Mage’s Guild. All of the staples of any mage are resistance, staves, and ranged fighting, but the pride of being a member of the guild is access to a strange device that helps its members locate areas of powerful magic.

A band of enigmatic Magi strike and learn more about Gunnar than any outsider would during a daily outing with another mage. They know that he is a Reborn, and they know that the Sparrows stole the Fellblade. Worse, someone he loves was killed.

The Magi want her return with a sword-an ancient weapon.

Gunnar will rise to new heights and face-to-face with some of Eden’s Gate’s most formidable creatures if he is to get another shot at a weapon like the Fellblade. Will Gunnar overcome the odds, or is the likelihood of death too much to resolve even the whole Unity?